Things You Must Need To Know About Web 3.0 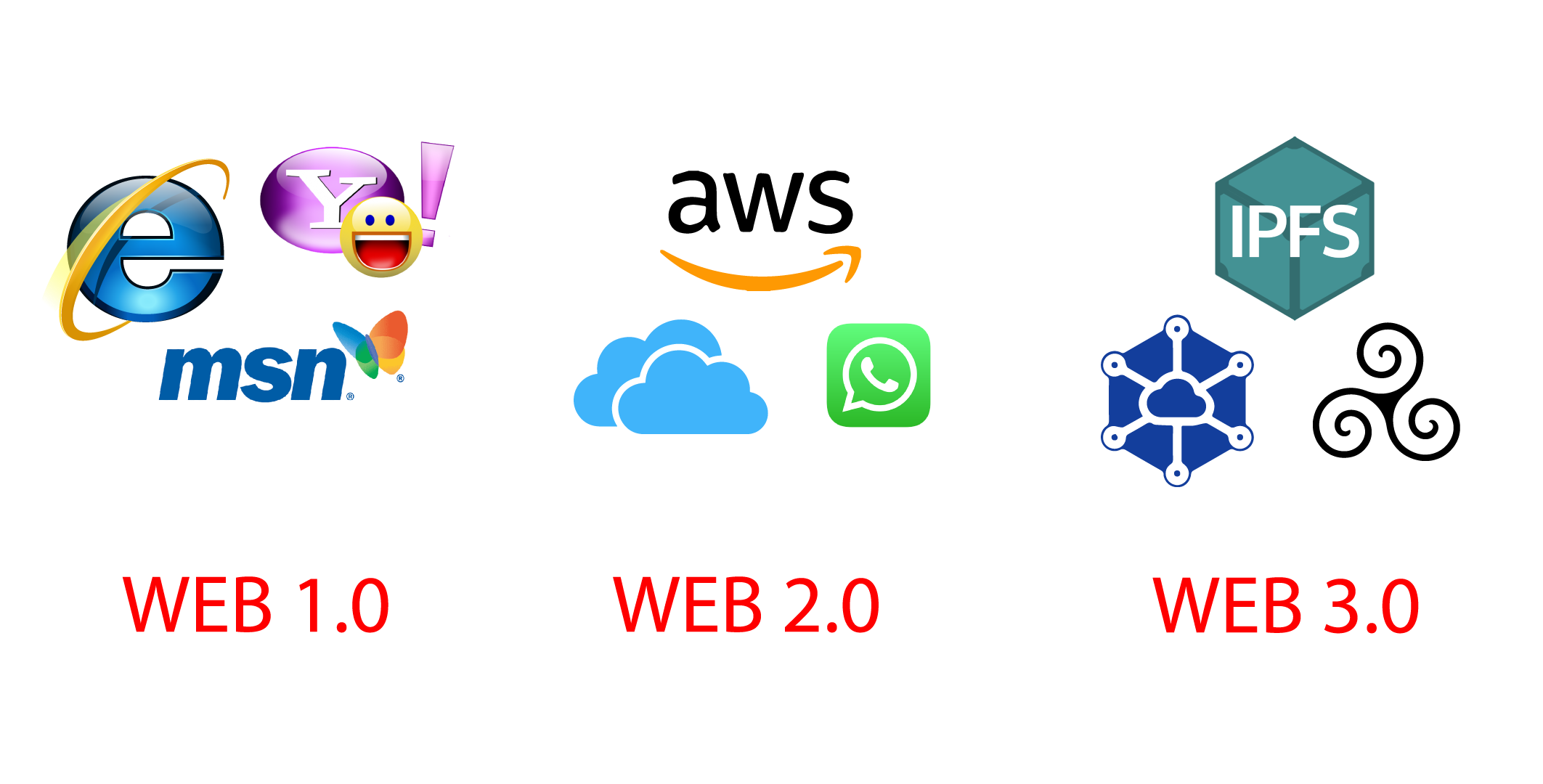 Static Webs, or Web 1.0, were the first and most reliable internet in the 1990s, despite providing limited information without much interaction from users. Back then, users couldn’t create user pages or comment on articles.

By advancing web technologies such as Javascript, HTML5, CSS3, etc., the Social Web, also known as Web 2.0, has made the internet much more interactive, enabling startups to create interactive web platforms such as YouTube, Facebook, Wikipedia, etc.

Internet 3.0 will become more intelligent through the use of artificial intelligence systems that can run innovative programs to assist users in using the internet nearly as bright as a human. 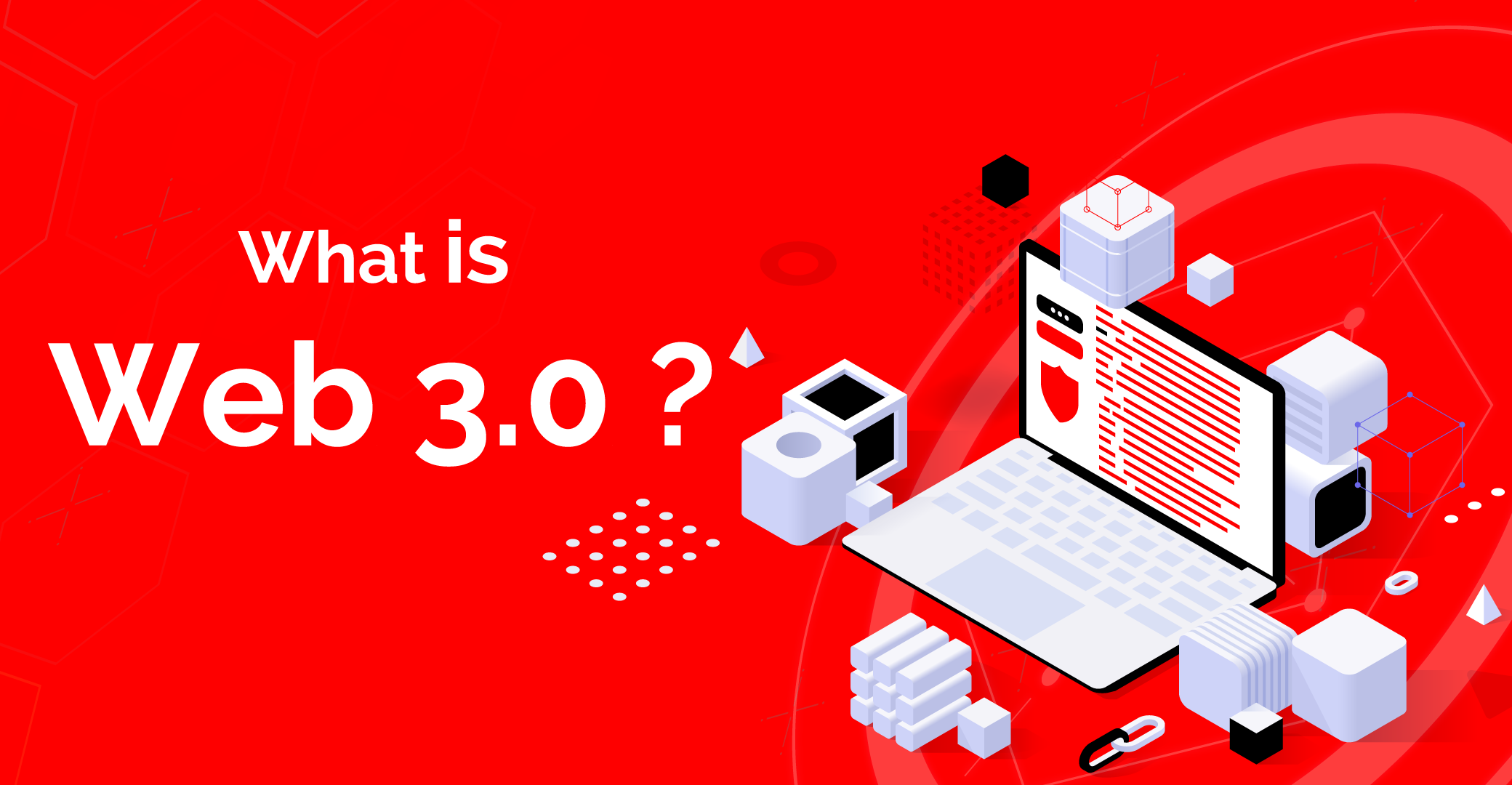 The third generation of web technology is called Web 3.0 (Web3). A web also referred to as the World Wide Web, is a foundational layer of how the internet works, providing services for websites and applications.

The concept of Web 3.0 is still in development, and as a result, there is no universally accepted definition of it. In Web 3.0, however, decentralized applications will be prominent, and blockchain-based technologies will be extensively used. As part of Web3.0, machine learning and artificial intelligence (AI) will also be used to enable more intelligent and adaptive applications.

Among the aspects of Web 3.0 is the concept of semantic webs. Tim Berners-Lee has advocated for integrating semantic technology into the web.

A transition from Web 1.0 to Web 2.0 took over a decade, and it is expected to take the same amount of time to implement and reshape the web with Web 3.0.

It is obvious from the trend of change in Web 3.0 that it will change not only how websites are made but how people interact with them as well. Web 1.0 was a static information provider where people read websites but rarely interacted with them. Web 2.0 was an interactive and social web where users collaborated. 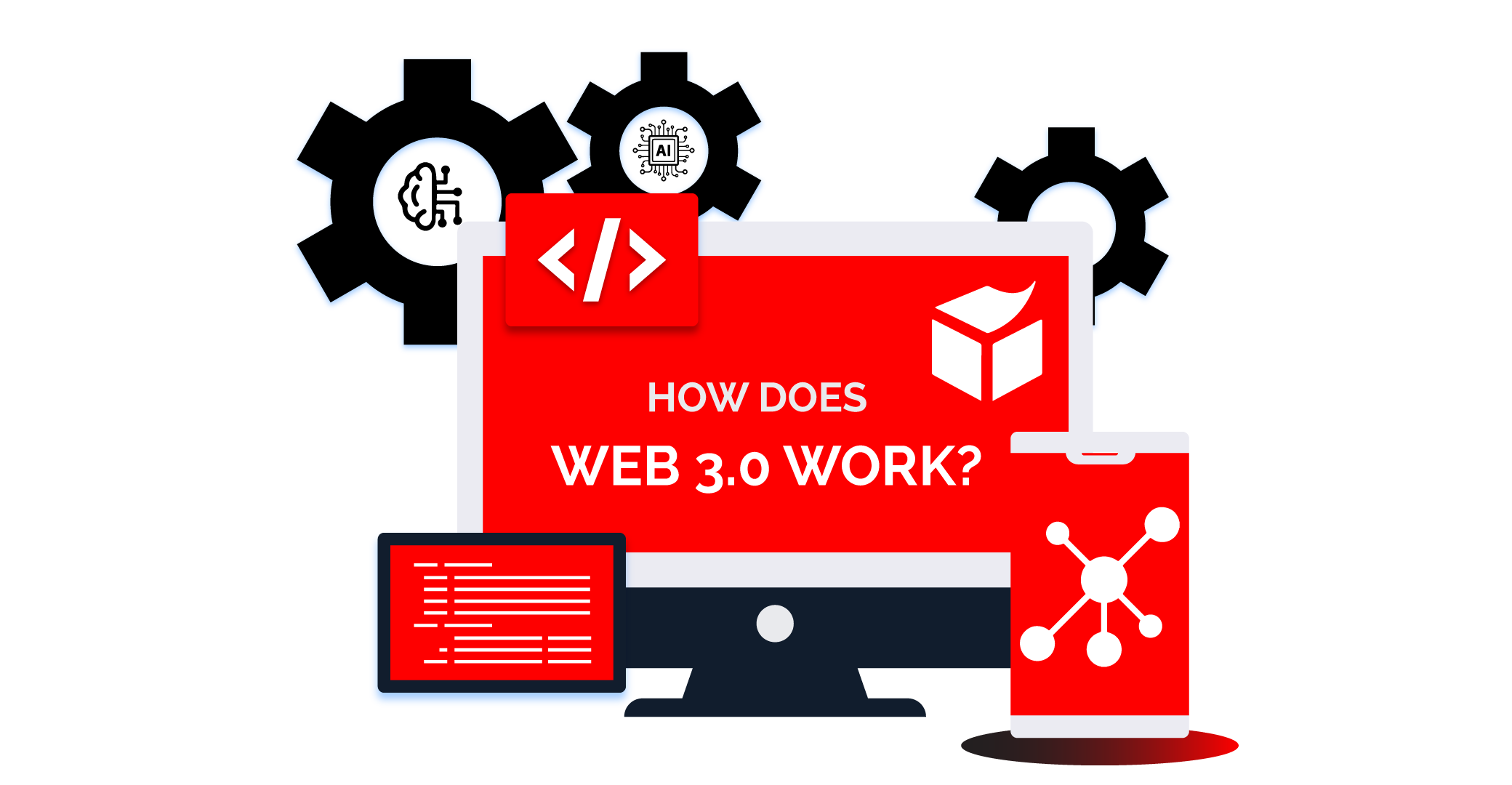 Using Hypertext Markup Language (HTML) in Web 1.0 and Web 2.0 technologies defines how webpages are laid out and delivered. As Web 3.0 develops, HTML will play a significant role, but how it connects to and stores data sources may differ from earlier generations.

Decentralized autonomous organizations (DAOs) are emerging governance ideals within the blockchain and Web 3.0 communities. Web 3.0 technologies and communities allow a platform’s operations to be self-governed instead of governed by a central authority. This attempt to decentralize is enabled by DAOs.

As compared to fiat currency, Web 3.0 is fundamentally based on cryptocurrency. Cryptocurrencies, which are all built and allowed on blockchain technology, enable Web 3.0 to facilitate finance & the ability to pay for goods and services through a decentralized payment method.

The IPv6 address space provides the additional internet addresses required by Web 3.0 because of the massive growth in web traffic over the decades. 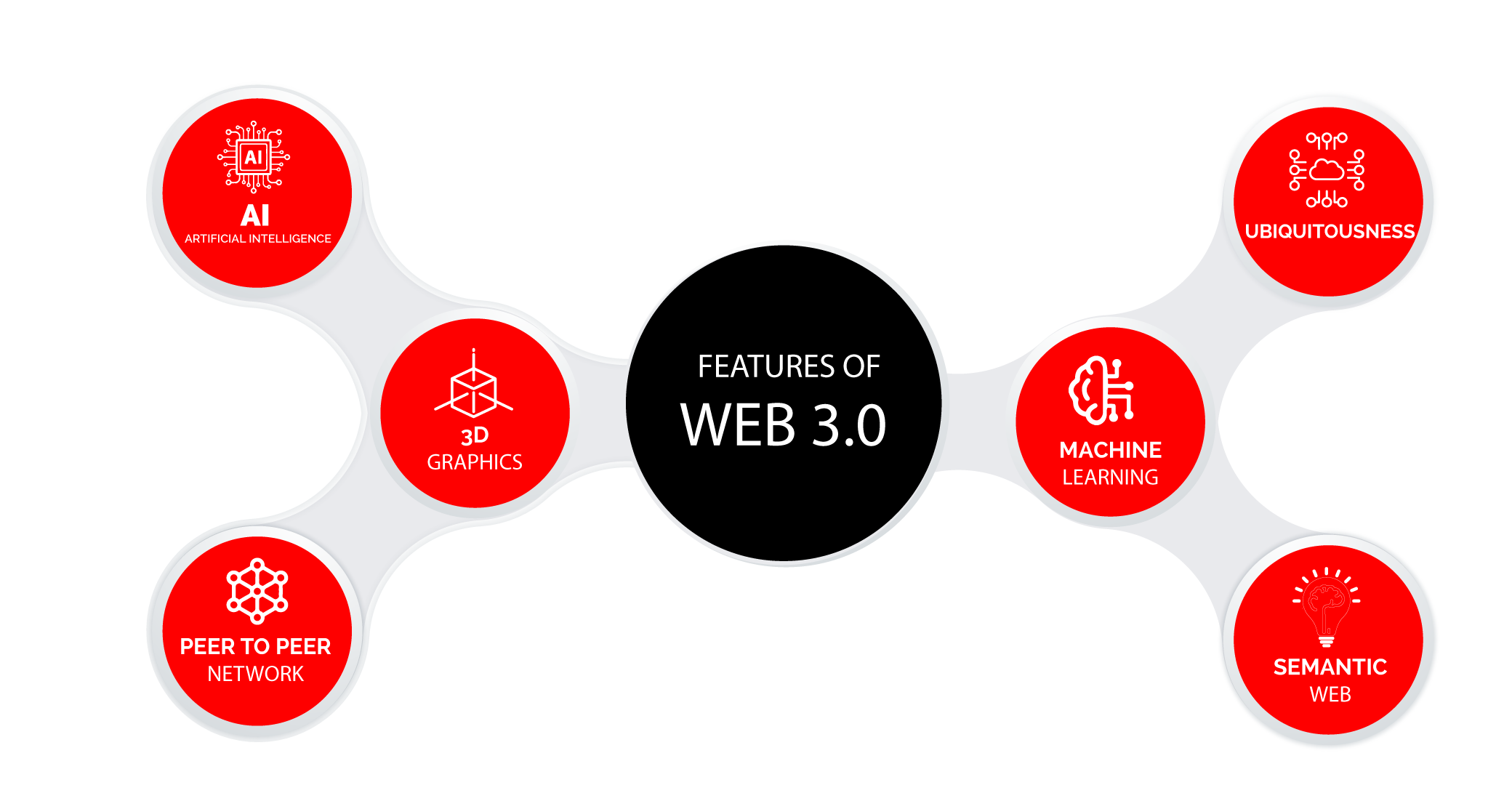 Taking a look at the four core features of Web 3.0 will help us understand the next phase of the internet:

As a technical term, ubiquitousness refers to being present everywhere at the same time, especially simultaneously.

Thus, Web 2.0 is already ubiquitous since, for example, Facebook users can instantly share images from anywhere they have access to the platform, making it universal since it’s available to everyone and everywhere.

Essentially, Web 3.0 takes this one step further by making internet access anywhere, anytime. IoT (Internet of Things) technology will bring forth a variety of new types of intelligent devices at some point, and internet-connected devices will not just be restricted to computers and smartphones as they were in Web 2.0.

Essentially, semantics refers to the study of how words relate to each other. Thus, according to Berners-Lee, the Semantic Web enables computers to analyze a large amount of data on the web, including content, transactions, and links among individuals. How would this work in practice? Let’s look at these two sentences:

They may differ in syntax, but they are pretty much the same in semantics since semantics focuses on meaning or emotion.

With semantics applied to the web, machines would be able to interpret meanings and emotions through data analysis. This would result in an improved internet user experience based on improved data connectivity.

The definition of AI given by Wikipedia is “machine intelligence demonstrated by machines.”

Due to the ability of Web 3.0 machines to interpret the meaning and emotional content of a set of data, intelligent machines are created. While Web 2.0 presents many of the same features, it is still largely human-based, which provides the opportunity for corrupt behaviors such as biased product reviews and rigged ratings.

A platform like Trustpilot lets consumers rate and review products and services online. To provide reliable data on the internet, AI must learn how to distinguish the genuine from the fake. Therefore, companies will be able to gather a large group of people and pay them to create positive reviews for undeserving products.

In the future, AI will provide users with the most accurate and unbiased data possible with its advancements.

Many futurists also refer to Web 3.0 as the Spatial Web because it blurs the lines between digital and physical as it revolutionizes graphics technology, making virtual worlds in three dimensions (3D) more prominent.

As opposed to 2D graphics, 3D graphics provide a new level of immersion not only in gaming applications such as Decentraland but in a variety of other sectors as well.

With a new internet, browsing experiences will be more personalized and tailored to individual needs, a more intelligent and human-like search assistant can be implemented, and other decentralized benefits are hoped to improve the fairness of the web in the future. With the myriad of innovations to come once it has been implemented, we will be able to empower users to be sovereign over their data.

It is hard to fathom that the internet will become exponentially more integrated into our daily lives when Web 3.0 comes along – considering how smart devices have already changed our behavior patterns.

IoT will bring nearly all of today’s typically offline machines together, including home appliances like ovens and vacuum cleaners, as well as all types of transportation. The IoT economy will interact with its autonomous servers and decentralized applications (DApps), Making 21st-century tech “miracles” possible through blockchain and digital assets.